Kapani market is Thessaloniki’s oldest public market and has a long-standing identity as a traditional market for fresh produce, clothing, homeware, and speciality items. Moreover, its physical proximity to other markets and local businesses create a unique local ecosystem that draws local customers and tourists to the city centre. However, the market faces building, infrastructure, maintenance and operational issues and challenges which are sometimes strongly contrasted by the improvements to neighbouring markets and businesses. As a result, Kapani Market is in danger of falling behind in its relevance and attractiveness to customers, and can feel less safe and welcoming for customers and tourists.
KEPA together with designers led the pilot project, whose first phase run from October 2016 to January 2017. Partners also included the municipality of Thessaloniki and its team of 100 Resilient Cities, Professionals Association of the Traditional Markets, Youthnest and Creativity Platform. Three months, two study visits, two co-creation workshops and many hours of co-creation and hard work later, today Kapani has not only an integrated long-term regeneration strategy, but also a new identity to start building its future on. The strategy includes short-term actions such as ‘Identity for Kapani Market’, a medium-term strategy ‘Business Improvement District (BID)’ and a long-term integrated strategy.

The total cost of the project was 35.000 €.
Cost categories: staff costs, designers fees, market expert fees, cost for the organization of the co-creation workshops, cost for the creation and testing the prototypes.

Kapani has not only an integrated long-term regeneration strategy, but also a new identity to start building its future on. At the end of the pilot Kapani market achieved the following:
- Stronger identity through the new brand and the marketing strategy
- Stronger collaboration between business owners
- Increased recognition of Kapani Market from young people
- Increased number of young people visiting Kapani market

The concept can be transferred to other historical markets in cities. Markets at the historic core of cities and communities were originally established to make fresh affordable food available and played a vital role in community and civic life. They existed not only as markets but social spaces, community gathering points, forums for debate, discussion and civic life. Over time, traditional markets became rundown and lost relevance with the rise of supermarkets and shopping malls. However, as the attractiveness of city centres as places to live in and visit change and grow and with a desire for a better connection to fresh food and the countryside, these markets, with their unique locations, have huge potential to re-establish themselves at the centre of community and civic life. Design process can help these markets to overcome the challenges and face the new era. 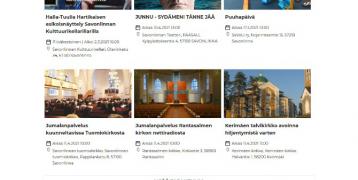 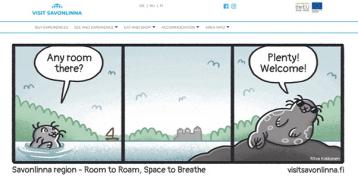