Romania’s recycling rate is one of the lowest in the EU -13%- with most of the waste going to landfill, so, there is a risk of missing the EU 2020 recycling targets.
After a visit to Rogno in Italy, the Mayor of Salacea commune (3,000 inhabitants; 1,000 households) decided to implement the Zero Waste Strategy for Communities. In partnership Zero Waste Romania, the authorities of Sălacea began their official Zero Waste Cities certification.
Salacea Pilot program- new for Romania- introduced door-to-door household waste separate collection for 5 fractions (paper and cardboard, plastic and metal, glass, bio-waste, residual waste).
A comprehensive four weeks education program was implemented before changing the collection infrastructure-interaction with the citizens in churches, schools, local pubs, local cultural center. The waste collector used multilingual stickers on the bins, in all the three languages spoken in the area: Romanian – Hungarian – Rroma.
Results after 3 months of system implementation compared to the amount of collected waste previously:
• Total generated waste reduction rate: from 0% to 55%
• Landfilling: reduced from 99% to 55 % (including 16% of non-recyclable waste and 39% residual waste from households)
• Separate collection rate: raised from 1% to 61%
• Recycling rate: raised from 1% to 40%
• Rates of local citizen engagement increased from 8.4% to 97%
Main stakeholders EcoBihor, SC Ave Bihor SRL, Zero Waste Romania

One of the most important achievements of Sălacea was the separate collection of biodegradable waste, which is turned into compost and sold as ferilizer in Hungary and Romania. Sălacea is the first municipality in Romania that composts the biowaste collected from 97% of the inhabitants. Over 400 homecomposting units were distributed to the local households.

Separate door-to-door collection is a solution for efficient waste management in small rural communities.
The implementation of a five stream door-to-door separate collection system in Salacea
is a good practice that can be replicated in Romania’s rural communities and not only. The system has been proved to be extremely successfully, showing significant results within only three months. 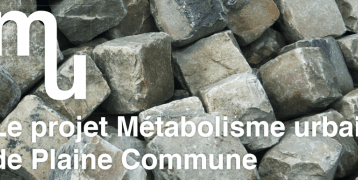