Lublin Film Fund (LFF) was established in the municipality of Lublin in 2009 to promote the city through films, as part of the application process for the European Capital of Culture 2016. At that time, one of the most crucial problems in the context of the local development was insufficient recognisability of the city of Lublin. The aim of the LFF was Lublin’s promotion by using city placement as well as an improvement of local identity among citizens through film art. The long-term objective was also increasing tourism.
Lublin Film Fund supports production of films which present a positive image of Lublin and are connected with the City by their theme, location, and realisation. LFF operates on competitive procedure and its services are free of charge.

Besides financial support the LFF provides technical and management support in form of: searching for correct movie plans, casting for extras, organizing movie plans, coordinating works of different institutions (police, offices, fire brigade, emergency brigade, city guard), cooperating with Polish and international producers and directors.
The main beneficiaries of this practice are movie producers, film directors and film crews. The intermediate beneficiaries are local hotels, restaurants, transportation and other service companies as well as local actors and extras – due to the obligation for the film crew to spend at least 50% of the LFF grand in Lublin.

One can find this practice as being potentially interesting for other regions due to the fact that city placement in movies is considered the best and the most effective tool for city promotion. It’s obvious that every single city tries to promote itself by improving its image. City placement allows to show the most interesting places in the city, its history, architecture and cultural heritage as well as to create a positive image of the city, which can be planned in detail in the promotional strategy.
The factors that can slow down the process are low attractiveness of a city in terms of cultural and historical heritage, special legal status of the LFF as a part of the municipality and difficulties of convincing the local authorities to promote the city by using that form.
The transfer of know-how already took place to the Białostocki Film Fund, as being a part of Białystok Municipality, Poland (NUTS 3). 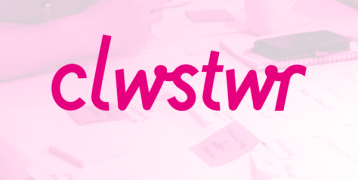