Aquileia is a small rural town of Friuli Venezia Giulia (north-east Italy border region) with an agriculture-based economy and an ageing population of 3,500 people. Aquileia was founded by the Romans in the 2nd century BC and became a major Imperial city with 100.000 inhabitants. Aquileia’s archaeological site is an UNESCO World Heritage since 1998. The site includes the remains of houses, roads, mosaics, market structures, burial seats and a basilica compound. The main problem was the design of tools to ensure non-disruptive audience development in an area with mixed vocation. Fondazione Aquileia (F.A.) since 2008 deal with: management/valorization of the archaeological site; coordination of entities dealing with the conservation and enhancement of its heritage; its cultural and touristic potential. F.A. developed participatory processes and realized new cultural/ promotional activities, strengthening Aquileia standing as a cultural hub. The local population is involved in F.A.’s development strategy and a “Committee Agenda 21” composed by local stakeholders makes proposals to the F.A. board. New events developed to attract novel audiences: an Archaeological Film Festival; Tempora in Aquileia; Aquileia Lab; Puppet Festival; Open Days; Concerts. New tools and products developed to rise the appeal of the site include: 65 3-D reconstructions of Aquileia site, 12 videos, interactive boards; “Antica Aquileia 3-D” app provides an overview of the antique city.

Visitors increased because of innovative activities and tools. Südhalle mosaics (late XIX century discovery) first opening attracted 30,000 visitors in 2013 and in 2017 more than 57,000. The Film Festival attracts yearly more than 3,000 people. “Tempora in Aquileia” 5 editions attracted above 600 performers and thousands of visitors. The daily foreign tourist expenditure (€107) is above national average. Residents see archaeology as part of the local economy, not as a hindrance to agriculture.

Fondazione Aquileia benefits from substantial autonomy thanks to its specific status of “participatory foundation” under Italian law. This model, between a foundation and an association, facilitates the transfer of cultural goods or money towards the valorization of cultural heritage, for non-profit use.
Another key success factor is represented by the multilevel governance system gathering public institutions at local, regional and national levels. While the partners provide strong financial support they also give Fondazione Aquileia a certain autonomy to implement its projects.
The presence of a lively local cultural context has to be fostered and maintained. The city of Aquileia hosts around 14 associations involved in the activities of studying and enhancing archaeological heritage. It attracts tourists all year long, even in the low season, thus making archaeological heritage a pillar of the local economy.
Audience development was fostered by an effective use of ICT. 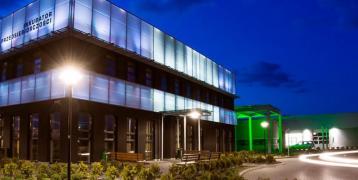