The Elbe Cycle Route runs through two European countries - the Czech Republic and Germany. Since Germany is organized in a federal way, each state has its own way of building, promoting and signposting bike paths. Cyclists need good and uniform signposting, this requires very close cooperation between the federal states and also between the German and Czech sides.
Due to the lenght of the cycle path there are four offices responsibel for the uniform brand identity and for the coordination among each other, one in the Czech Republic, and three along the river in Germany. Together, the do the overall marketing for the trail ( brochure, website, app, etc.) This unified external image is one reason why the Elbe Cycle Route has been voted the most popular long-distance cycle route in Germany for 14 years in a row.
One of the three German offices manages the stretch of the trail in HMR. This office is a collaboration of all dmo along the Elbe in HMR, it is financed by them and a steering board coordinates its activities. This cross-boarder cooperation between 9 dmo from 4 different federal states has been a success for almost 20 years. One joint goal is to improve the infrastructure along the bike path and attract more cyclists not only along the river but also to the hinterland.
It is still a challenge to convince decision makers that an investment in the bike path is an investment for their place, as it would bring more cyclists.

The Northern Coordination Office has an annual budget of around 80000 euros, including personnel costs for two coordinators. This sum is generated in part from ad sales in the Elbe Cycle Path Handbook and other projects, and in part paid by the tourist ORganizations located along the cycle path.

The Elbe Cycle Route has been voted the most popular long-distance cycle route in Germany for 14 years in a row. It is also popular with locals who use it for day trips along the Elbe.

Over the last twenty years it has been achieved to cooperate across boarders along the Elbe Cycle Route and thus to bundle and optimize the use of resources. In HMR, 9 dmo/districts from 4 federal states work together to sustain, improve and market the most important touristic infrastructure along the Elbe in the region. The joint coordinating office is an example of how a joint product can be managed and financed together, across boarders. 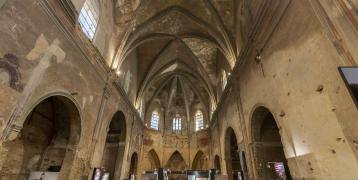