The popular attraction in Miskolc, the local Zoo is located in the nearby mountains (Bükk), outside the city. Out of the range of existing local transportation network. The leaders of Miskolc wanted to find the way to make accessible of the spectacle simply and economical way for the citizens and other visitors.
At the first time in 2013, the ZOO line was launched in the framework of ATTAC project (in South East Europe Transnational Cooperation Programme), with some others at the same time, but this one has become the most successful of all. Based on the positive feedbacks after the introduction, MVK Plc. (local public transportation company) has been operating the ZOO bus line on a seasonal basis (spring to autumn). Passengers must notify the dispatcher about their intention to travel on a phone at least 30 minutes before the departure of the bus.
The passengers can use the service with the same tickets or season tickets as on any other line in the city. Thereby to access the Zoo for the visitors available for reasonable price meanwhile the running costs of the service can be keep on a not to high level (but can’t achieve the break-even) for the service provider.
From the test period, the stakeholders were the members of the ATTAC consortium, which later tightened Miskolc Holding.
The beneficiaries of the practice are the citizens and other visitors of the local Zoo.

Initial investment: 130.000 € (incl. planning for one destination serviced by MVK Plc. implementation of the service for 4-month long time scale overlapping with the implementation of ATTAC, including the procurement of minibus)
Operational costs per annum: 24 600 EUR (in 2016)

In the first section of DRT pilot project within the ATTAC project, the system were implemented on 4 bus lines (3A, 21, 24, 31). In the second section there were four routes, but other bus lines (3A, 21, 20, ZOO). The ZOO bus line was the most successful (during the pilot time the DRT buses delivered 4333 passengers, while the ZOO buses transported 3838 passengers in 2013). Since then this bus route has been functioning as DRT service every year from spring to autumn.

Even the most thorough design at the desk can’t comparable with technical testing. Pilot projects can facilitate to get all the experiences in implementation and running to make decision.
DRT system must scope on provide service on low cost, but rarely can be profitable itself. But usually there are other priorities (social aspect, complementary economic interest etc.).
In our case know-how obtained through cross-border cooperation.
Sufficient time for social need analysis. During re-launch of DRT, notable efforts were dedicated to communication toward citizens, so passengers became aware of the new DRT services introduced by the local transportation company as a new scheme of public mobility. This DRT bus service line fits the increased transport needs of the population and tourists. The ZOO line delivers passengers to a tourist attraction. The ZOO Bus Line commutes in a relatively short run (6.7 km). 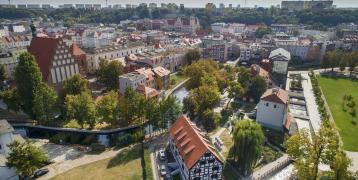 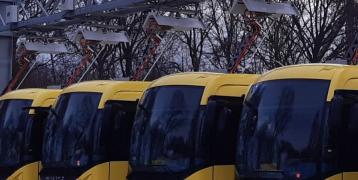