The project started in 2013 thanks to a call of Milano Municipality. The “Cascina” and the rural area surrounding were entrusted to an association to re-invest this place regenerating the land and the original 11th century monastery.
Located on the eastern belt of Milan, Cascinet is surrounded by the ring road, railway ring, a detention center for immigrants, a heating plant, a gipsey settlement.
The Association Cascinet started to develop some projects to recreate an ecosystem based on feed, rest, work, cultivate, socialize, invent, meditate and think, in synergistic way.
Actually these are the four pillars:
1- Environment and Agriculture
2- Recovery, conservation and valorisation
3- Culture and conviviality
4- Education, solidarity and Work

Main stakeholders are: people involved in activities; the municipality of Milan, their main partner for the coordination and co-construction of projects and activities; others institutional actors, financiers, neighbourhood actors, philanthropic bodies, commercial customers, artists, public; partners, influencer, other people with similar projects.
The beneficiaries are the city-dwellers that can participate to the wide variety of the activities. Also the municipality of Milan benefits of those actions that are transforming the place to a real space of connection and reconnection with people, nature, agriculture and cultural and historical heritage.

The project received some fundings to restore the Cascina and the monastery.
Other funding sources are : membership, participation at call for projects, donations, commercial activities.
They also launched a crowdfunding to create the agroforesty.

The project has received attention by many local and national media.
From this project started a series of collaboration with the University to recover the monastery and the buildings. They also received a award of the Acea Onlus Federico Ceratti for the creation of food forest.

The governance model of this association and the charter established to guarantee the values and principals of this project and the linkage with the different stakeholders involved.
A second essential element is the join of a municipal policy, oriented to the recovery and management of public abandoned heritage (farmhouses and lands) with a no profit initiative and the system of calls for entrusting the areas to no profit sector. This policy has had very positive effects, even if still at an early stage, on the whole municipal area.
A third element is given by the complexity of the agricultural and social-cultural activities promoted by CasciNet, which look at the economic sustainability of the association, but which simultaneously produce many services to the community and a social and environmental requalification of the entire area (supervision, care of the territory, legality). 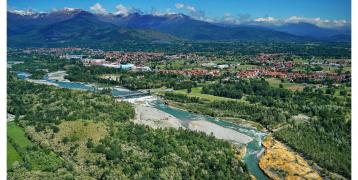 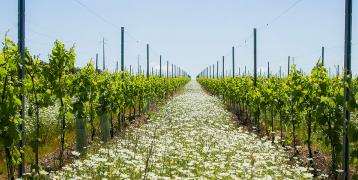